Land and Stars: The Zenith Telescope & Other Land Surveying Instruments 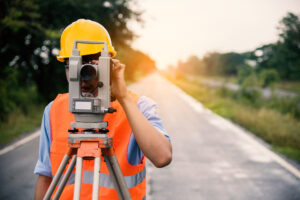 Most people that use GPS technology for long drives and family vacations might not think twice about latitude and longitude. Early explorers and navigators had a very different experience when it came to venturing into unknown lands and oceans. And even though we don’t think about it, GPS depends on geodetic coordinates or latitude and longitude. For generations,  people have depended on coordinates to travel and navigate the world. The tools and instruments of navigation are not that different from those used for land surveying.

So let’s explore some of these amazing tools that have improved the way we understand our world.

The Mystery of Longitude and How it Was Solved

Latitude runs parallel to the equator and is, therefore, easier to determine. It is determined by nature, whereas longitude proved to be a far more difficult problem to solve. Determining how far east or west a ship was from the land was a challenging endeavor and led to some fascinating maritime history. The difficulty in longitude made travel by ocean and sea very perilous and sometimes costly to merchants, explorers, and sailors.

In a well-known story that happened in the Scilly Isles in southern England, massive wreckage led the British government to offer a big cash prize for anybody that could solve the longitude problem. This was known as the famed Longitude Act of 1714. The wreck at Scilly Isles had caused a lot of damage and had been one of many shipwrecks that had destroyed property, goods, and human lives.

The problem of longitude came down to maintaining consistent time at an agreed-upon zero-meridian. Sailors would have to set the ship’s clock at exactly 12 when the sun was directly overhead, but clocks could not withstand the motion and changes of the sea. So sailors knew that an hour meant 15 longitudinal degrees of separation so they could convert the hour into a geographical measurement. And yet, it kept failing, as establishing precise time and keeping time was difficult on the ships.

This problem was solved by one unschooled fella named John Harrison, who invented an oil-free clock and would carry true-time across any turbulent sea. Harrison was recognized for his genius and his clocks were mass-produced, helping ships calculate longitude accurately and arrive safely at their destination. He is central to British maritime history.

The Zenith Telescope and Geographical Measurements

A zenith telescope has an amazing little story and forms an important part of the study of the skies. It is a refracting telescope that is designed to observe the stars overhead. As early as the 1700s, scientists and sky enthusiasts were looking for ways to better understand and measure the earth’s movement. In 1725, the aberration of starlight was discovered using one of these telescopes. It measures differences in zenith angles which helps to determine latitude location.

Zenith telescopes were also made portable, and this meant they could be used for geodetic purposes. A man by John Bird living in London was responsible for the first zenith telescope used in America.

The U.S. Corps of Engineers

During the 19th century, groups like the U.S. Corps of Engineers created a powerhouse of innovation in various areas of construction and land development. The field of surveying grew and so did the surveyor’s toolbox.

Captain Andrew Talcott of the U.S. Corps of Engineers continued to develop the methods of using zenith scopes to determine latitude. While working on the state boundary between Michigan and Ohio, he used a slightly different method. Earlier surveyors had paid attention to only the stars that passed about one degree or less of the zenith. Talcott focused on pairs of stars that moved through in equal distances. The method of measuring the zenith distance and finding the latitude is called the Talcott method.

The zenith telescope was used to demarcate state borders as newer states were being formed and new boundaries were decided upon.

A surveyor’s compass is unique from other compasses because it has vertical sights for aiming at distant objects. The surveyor’s compass came along in places with vast land exploration and was first referenced in Art of Surveying (London, 1610). These are vernier compasses with a variation arc and vernier mechanism. An Improved Surveyor’s Compass could measure horizontal angles without referencing magnetic north. This newly patented version of the compass helped many early railroad engineers improve their building process.

Get Accurate Land Surveys With Experienced Surveyors in El Paso

Whether it’s for a new home, a commercial property, a larger structure, or a building, a land survey is a must. Accuracy is our motto. Customer service is always our driving force. Land-Mark land surveyors are here to serve the community of El Paso and beyond. How can we help?

Land-Mark Professional Surveying provides the southwest with land surveying services. Connect with us today and find out more.